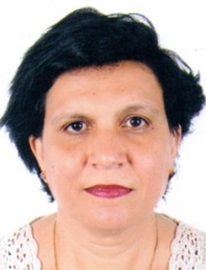 At the age of 8, I held the Basketball for the first time and since then under the guidance of Sir Katoch, Sir Vaz and Sir Hasrani. I have treasured many fond memories of the game that I at times reflect on till today.

To realise how hard work and dedication epitomized those moments of pride and glory, above all it was something far simpler – It brought a feeling of joy and happiness. Without much financial

backing, the main motivators were my coaches as mentioned above and my brilliant team mates that make the memories so much more special. My family’s support was much influential as well.

At around the age of 8 as well, my son Shawn took his first steps towards the path of his Basketball career. He is 15 now and as I watch him in his games representing Don Bosco Goa, it brings a sense of pride.

However, as I have watched him grow and play over the years it does trouble me to see how far ahead some of the states in India are ahead of Goa where once before could compete neck to neck with any other. Time it may seem had caught up with us where as many of the Basketball playing states took the opportunity to catch on to time.

Today, I’m hopeful and sense a new lease of life in the Sport of Basketball, with the current GBA Committee headed by Fr. Ralin De Souza. The new spate of training camps and tournaments, systematically organised by GBA in the last 2 years, will surely help Goan Basketball reach new heights.

Let us pledge to achieve the objective where Goa and Goa’s budding basketballers are the winners.