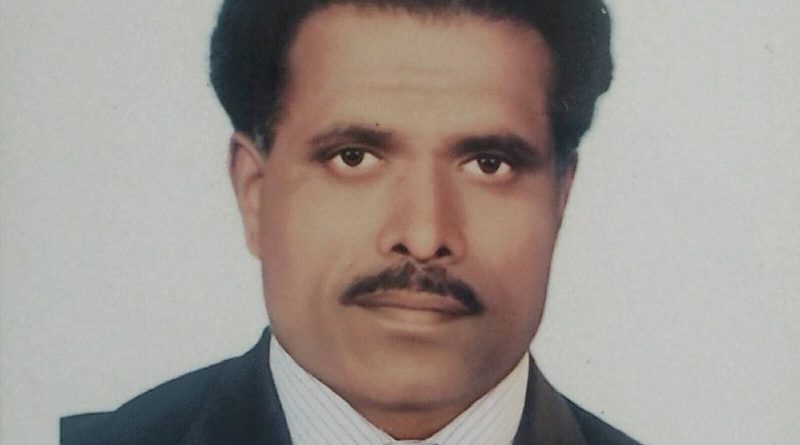 One could say, that he literally paved the way to instill passion for basketball in Goa, considering the five years of dedicated teaching till the time he was absorbed in the Sports Council (presently known as the Directorate of Sports and Youth Affairs) in the very years the Goa Basketball Association was formed – 1978!

While the Country mourned yet another sports personality, Goan Cagers will always be indebted to Dr. S S Hasrani for his contribution to Basketball in Goa. A small yet significant stint of coaching in the state has left behind an indelible mark on so many players for the person he was. More so, the game of Basketball had seen a marked change in the game in Goa by his sheer passion and dedication to the court.

Sir Hasrani came to Goa in 1973 and initially worked in Mary Immaculate Girls High School, Panjim. With his heart totally rooted for the cause of basketball as he moved to Don Bosco Basketball court. He played for the DBO Basketball Team who were State champions in 1975/76. He was known for his game and an excellent record of 3-point shooting. He was known to train his players through endurance and skills.

From 1977 to 79 he worked in the Directorate of Sports and Cultural Affairs as Asst. Physical Education Officer.

In 1981, he left Goa for further studies at LNCPE, Gwalior where he lectured and successfully completed his Doctorate. He was later entrusted with the responsibility as Principal of SAI – LNCPE, Trivandrum, Kerala. After his superannuation, he was appointed Professor Sports Sciences at the Mekelle University, Mekelle-Ethiopia. Here he began the MSc and PhD programs. In 2019, there were 31 students registered for the PhD program.

Under his able guidance, the University has conducted National and International Conferences and workshops. In July 2019, the 9th African University Games were organized by the Mekelle University being Second Ranked University in Ethiopia.

His contract had recently expired in July 2020 and looked forward to share his experience back in India.

Coach Hasrani, was known to be a thorough gentleman, jovial and loved by all the children. His sheer smile and wave of the hand was his signature action of acceptance and friendship. He visited Goa often as he had family and friends here. Besides, his passion for sports and basketball in particular, made him a regular visitor to the state.

“A highly intellectual personality in the field of Coaching in Basketball. He was a hard-working person. He was very good administrator, as he led as Principal of LNCPE, Trivandrum, Kerala. We all will be missing a very talented Physical Educationist. May his soul rest in peace.”

‘He was the coach who taught me to believe in myself’ recalled Mrs. Maria Helena Pinto, who is presently coaching the Lourdes Basketeers Club and an Executive Committee member of the GBA. She further recounts:

‘ I was 13/14 years old when I attended a coaching camp by Coach Hasrani, at the Loyola High School, Margao. That one camp changed me. He made me believe in my game. There was this one time, when he made us take left handed lay ups, and we all started doing that drill. After just about 4-5 lay ups, all of us, including me switched to our right hand. I had just done one right handed lay-up, and at that time he was on the other half of the court. From there, he saw me doing the right handed, instead of the left. He came running towards me and said very sternly, ” I don’t mind others doing right handed Helly , I expect and want you to do left when your told “. This telling off, totally changed me. I realised, he believed in my game and wanted me to improve. He taught us so much during this camp including responsibility. At the end of the camp, he encouraged us to take part in a youth tournament, which was to be held in Panjim. Although, he could not be with us during this tournament, as he was leaving Goa, his encouragement was enough. We were all U-15, and from South Goa. On our own we would never have thought of participating. The transport was not as it is now – We had to take 2 buses and a ferry to reach Panjim. However his encouragement paved the way for us.

He is survived by his wife Vimala, daughter Suman and son Suraj. His son has played lawn Tennis for the State of Kerala.