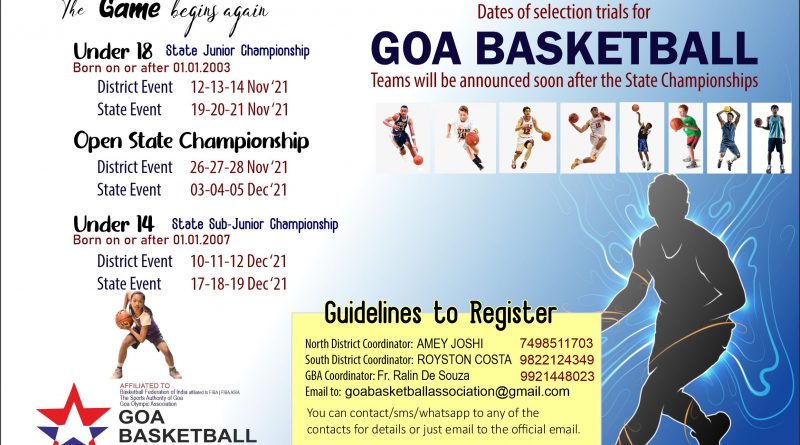 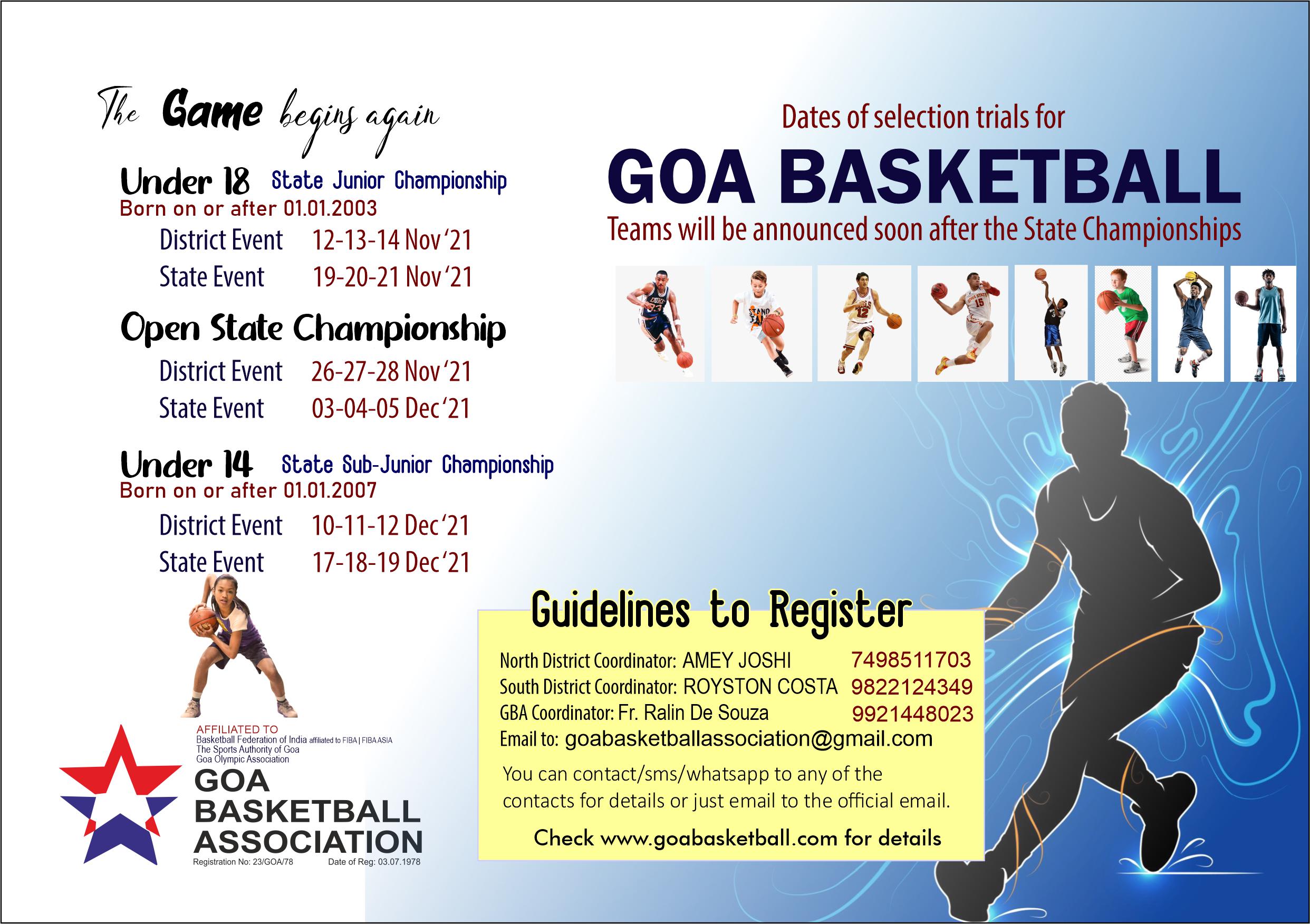 he Goa Basketball Association launches it State Championships Program for the first time after the Pandemic Lockdown, with the prescribed norms by the state for outdoor sports events.

The GBA’s new committee has decided to take forward the deliberation of the AGM to focus on a group of Players with talent throughout the Year. This age category would be Under-14 and camps would be held both in North and South District. Hence to focus on the Under-14 age category, the state championship will be held at the District (10-12 Dec’21) and State (17-19 Dec’21) Levels. All teams are expected to register the Teams ONLINE and will be allowed to participate only after registrations. For any clarifications you can mail to goabasketballassociation@gmail.com.