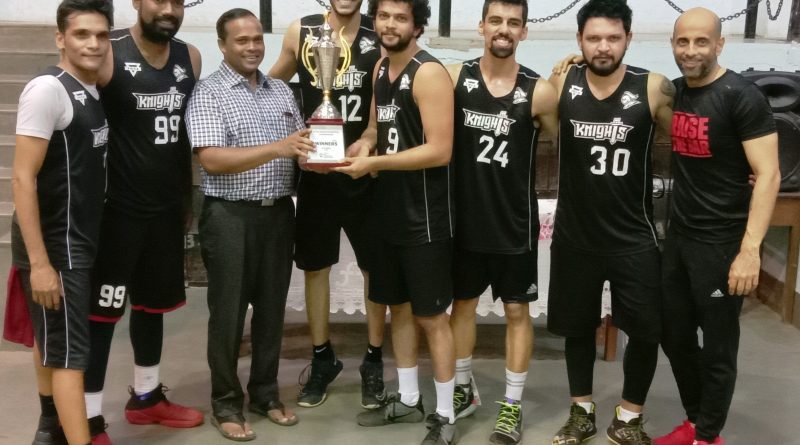 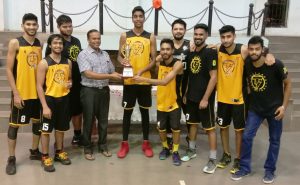 YMCA Titans the runners up of the State Championship 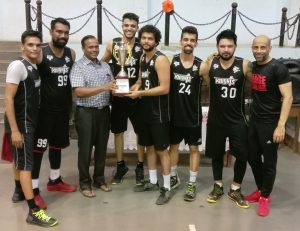 The YMCA Knights, the winners of the State Championship

The Sharada Dashing Damsels, Runners up of the Womens category

The Men’s final was an all YMCA affair with YMCA Knights clashing with YMCA Titans its junior team. In the end YMCA Knights took a good 18 points lead to establish their supremacy. Daniel Vaz (29) was adjudged the MVP and really played well for Knights. Jaden (12) and Rahul D’Souza (6) did well for Titans.

In the semi-final stage Abelio D’Souza(27) got in form at the right moment to steal the match away from Sonics who were on equal footing till the end of the match playtime. 42-42. The thrilling match went into two extra times till the Titans walk away with a spot in the finals with a good five point lead 61-56 to victory. Peram(15) and Calvin D’Mellow(13) played well for Sonics.

In the second semifinal, YMCA Knights pulled a thriller against the well poised Panjim Basketeers by playing a sensible game and taking a lead from the start. The early lead given by Daniel Vaz (16) only kept increasing making it difficult for Panjim Basketeers to regain the posture. YMCA Knights won comfortably 51-34 in the end.

The Trophies were given away by the Chief Guest, Fr. Avin Carvalho sdb, Rector and Principal of Don Bosco Panjim.